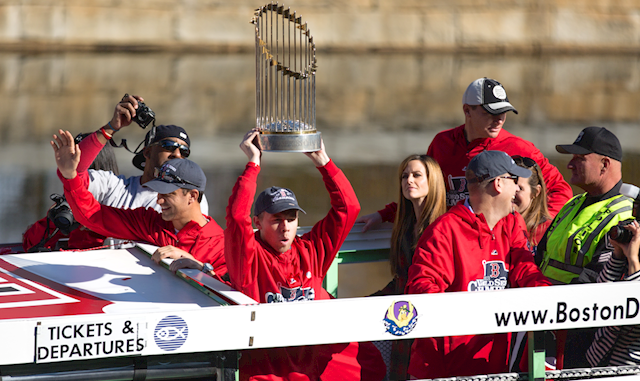 Your Guide To The Red Sox Duck Boat Parade!

The Curse of the Bambino hasn't been around since 2004, and this year is no different with the Red Sox taking the World Series. MVP Steve Pearce, Mookie Betts, and the rest of this year's stellar lineup are taking to the streets of Back Bay and downtown Boston in honor of their incredible victory against the Los Angeles Dodgers. Boston tradition calls for a Duck Boat parade down Boylston Street whenever one of our sports teams notches a championship win, and 2018 is the year of the Red Sox! The crowds are already lining up, and the Red Sox Duck Boats will roll out of Fenway at 11am to a crowd of cheering fans. Here are our picks for your best spots to watch: