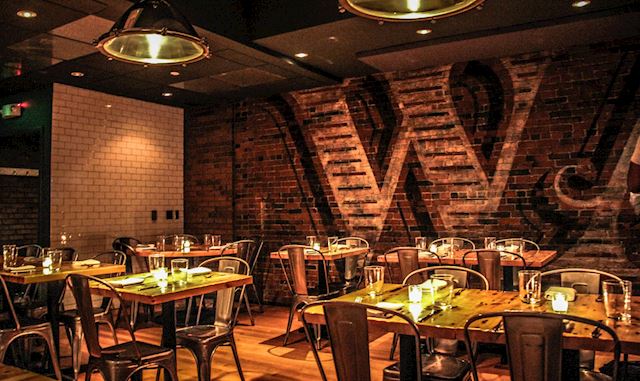 The Seaport Does The North End

It’s hard to come to Boston and not make the trek to bustling Hanover Street in the North End. The city’s Italian enclave is packed with great trattorias and cafes to get everything from canoli to baked ziti. While everyone will fight over if Mike’s or Modern Pastry has the best Italian desert, we reached out to Seaport’s Ashley Wilson for her take on where to get the best canoli and other top dishes in one of Boston’s most popular neighborhood.

•Gelateria (272 Hanover St., Boston): Most visitors to the North End fight over Mike’s and Modern cannoli, but the sweet treats at Gelateria, to Ashley, reign supreme. They don’t use a pastry bag to fill them. Instead, they pack the filling in with a spatula so there is never that little empty gap in the middle. Be sure to try the gelato, and, since Gelateria is not one of the big-name shops, there is never a line down the block.

•Rigoletto Ristorante (115 Salem St., Boston): While not as touristy as other North End dining rooms, Rigoletto lets the menu do the talking. It’s no easy task deciding on lobster ravioli, homemade pastas, and impossible-to-pick-just-one appetizers (but the ricotta croccante is a good start). Charming staff and delicious cocktails make Rigoletto an Italian night filled with la dolce vita!

•Ward 8 (90 N. Washington St., Boston): Nestled in a North End/West End purgatory, Ward 8 was named for a cocktail first crafted in the late 1800s at Boston’s iconic Locke-Ober. While the original honored a Democratic politician’s election, the current venue is great hangout to grab a drink before dinner or a nightcap before returning to our side of Boston Harbor.