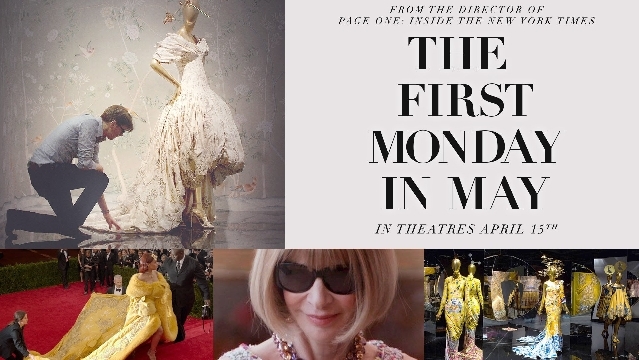 Every year, the first Monday in May is THE party of THE season in THE Style Capital of the World. Last week at the Met Gala in New York City was no exception. The Met Ball is probably the most watched social occasion every year. Elaborate themes, even more elaborate dresses and the steepest of the steep table prices that range from $75-$250,000 each make this the most watched event of the season and beyond! Be certain to check out Vogue's exclusive inside coverage; apparently the florist stopped counting at one million flowers (both real and faux!) inside the space!

Still cannot get enough? This is a soiree so epic, it even has its own movie that opened the Tribeca Film Festival! Take a look at the trailer of The First Monday in May which is running in limited release. Check your local theaters for listings (although more likely at independent or art house venues!)