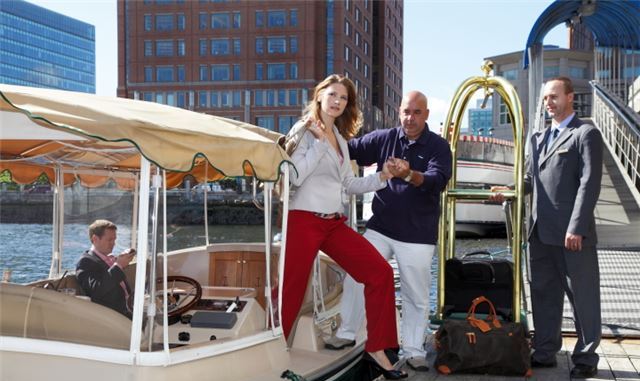 You Can Get There From Here

You Can Get There From Here

Tourism is booming in Boston. Each year brings a new record number of visitors to the city, and 2014 heralded the dethroning of the U.K. as the source of Beantown’s most international visitors and coronation of a new leader—China. Look no further than merely across Boston Harbor from the hotel to see the hub of all this international activity. 33.4 million passengers passed through Logan Airport last year—the busiest year in the airport’s history—and 2016 doesn’t appear to show any signs of numbers slowing down.

While the city’s other transportation hub—South Station—is caught in years of studies and political battle regarding its expansion, Logan is in the midst of a modernization and expansion campaign to meet and foster the ever-increasing demand. An airside connector under construction between terminals C and E will mean passengers connecting to international flights via domestic service on JetBlue, Logan’s largest carrier, won’t have to leave security and make a long trek to the international terminal. Considering the airport has added 30 new international destinations since 2006 and JetBlue continues to grow to its goal of 150 daily flights from Boston, we have a feeling this connector will be highly used.

However, the airport can’t stop there. A new renovation to the international terminal will bring new lounges and A380 (the world’s largest passenger jet) capability for the airport before pivoting to a true expansion in 2017. When shovels hit the ground next year, terminal E will grow by a total of seven gates (three previously approved but never constructed in 2001 along with four additional gates); further, there is the promise of expanded immigration facilities, which will come as a huge relief to the severe congestion the airport faces—particularly in summer months.

Since 2006, flights to cities like Tokyo, Beijing, Shanghai, Dubai, and Hong Kong have been added. This year alone, flights to Cologne, Copenhagen, Doha, Dusseldorf, London-Gatwick, Lisbon, Manchester, U.K., and Oslo will join the international roster. With such expanded and continuously growing service, we can confidently say that these days, you’re likely a non-stop hop, skip, and a jump away from those of us here in Boston.

Travel Tidbits: Did you know the Seaport Hotel is just about the most convenient hotel in Boston to Logan International Airport? Taxi and car service is readily available to make the two mile trip. The Silver Line (SL1) provides service to the airport from the MBTA World Trade Center station adjacent to the hotel. You can even head across the street to the World Trade Center dock to hop on the Boston Harbor Cruises year-round water taxi!
live chat