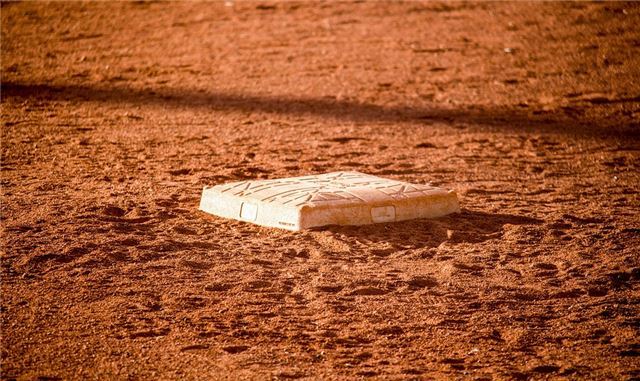 Just because it’s been snowing doesn’t mean we Seaporters are flaking on baseball season! Believe it or not, Major League Baseball’s regular season is underway, and the Boston Red Sox home opener at Fenway Park is this Thursday, April 5. Get ready to root, root, root for the Red Sox, and even if you can’t find tickets to Thursday’s game, know that our TAMO is a great perch to grab a brew and watch the game without dealing with long lines to catch a Fenway Frank. To tide you over until Thursday, here are five fun facts and activities to keep you busy while here in Red Sox Nation:

•Fenway was almost our neighbor. Kinda: At 105-years-old, Fenway is America’s oldest ballpark, but it’s not for a lack of trying for something new. Former Red Sox CEO John Harrington announced plans in 1999 for a new Fenway Park that would have been built next to the current ballpark in Boston’s Fenway neighborhood. Opposition was swift, and plans were nixed, but conversations of what to do for a new stadium briefly included a Sports Megaplex here in the Seaport. It would have housed a stadium for the New England Patriots as well as one for the Red Sox. While our own doors were already open, things were just taking off elsewhere in the neighborhood, and developers viewed it as an opportunity to advance progress in Boston’s soon-to-be hottest neighborhood. The Patriots ended up building Gillette Stadium in Foxborough, and the Red Sox announced in 2005 they were sticking to Fenway and modernizing the ballpark.

•Good luck finding a Bud Light: The King of Beers took a backseat late last year to a local brew. Samuel Adams became the official beer of the Red Sox in December in an eight-year deal that will last through the 2025 season. It is believed to be the first craft brewer to be named the official beer of a Major League Baseball. Don’t fret: Boston Lager pairs perfectly with a Fenway Frank.

•Speaking of Fenway Franks: New England-based Kayem Foods supplies the Fenway Franks for each home game. The hot dogs are boiled and slightly grilled and placed New England-style in a split-top hot dog roll. How you dress it is up to you, but if you get one, you won’t be alone. The most recent hot dog census says 15,000 of these dogs were noshed on per game in the 2013 season…and over 800,000 got consumed in the 2014 season. Hot diggity dog!

•The Green Monstah: The 37.2-foot left field wall at Fenway is popular with fans (tickets for the 274 seats atop the thing don’t come cheaply) and right-handed hitters. It wasn’t painted green until 1947, and it has become so popular that the team mascot, Wally the Green Monster, was introduced in 1997.

•Opening Day: The Red Sox play the Tampa Bay Rays April 5 at 2:05 pm, so plan to arrive at Fenway early if you’re attending. Ace Ticket by at the Kendall Square MBTA Green Line stop is your best bet for scoring tickets (see the concierge for details). If you want an immersive fan experience without a ticket, head to Bleacher Bar on Lansdowne Street. This bar is built under, you guessed, it the bleachers at Fenway, so you can actually see into the park during a game!