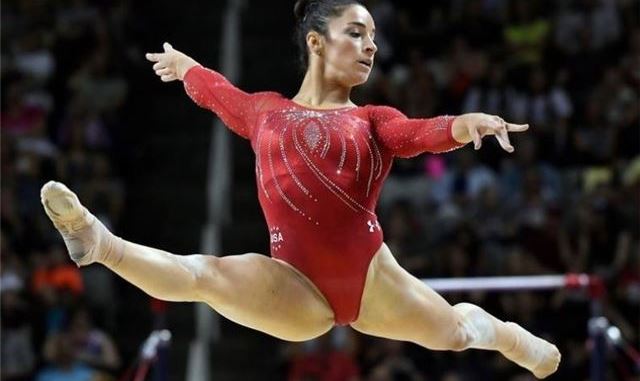 We’ve all been a bit dim after the torch in Rio was snuffed on Sunday. However, the Olympic withdrawal can be treated this weekend when local medalist Aly Raisman will be honored in Needham with a welcome home rally! The celebration this Saturday at 11AM will feature the Olympian greeting fans in Needham Town Center and having a sit-down interview to discuss her storied career.

Raisman first vaulted into the spotlight at the London Olympics in 2012 when she brought home gold for her individual floor exercise as well as one with her team competition. She also won bronze in the balance beam. This year in Rio, Raisman won another team gold as well as silver medals in the floor exercise and in the women’s individual all-around.

Nicknamed “Grandma” on the American women’s gymnastics team this year, 22-year-old Raisman has been a fan favorite since she first set foot on the floor in London. Even the images of her parents’ notoriously anxious reactions while their daughter competed became Olympic legend. Her six medals make her the second most-decorated women’s gymnast in Olympic history behind Shannon Miller. Let’s hope we’ll be seeing another Needham rally in 2020 after Tokyo!

Photo courtesy of jpost.com.
live chat Back to top