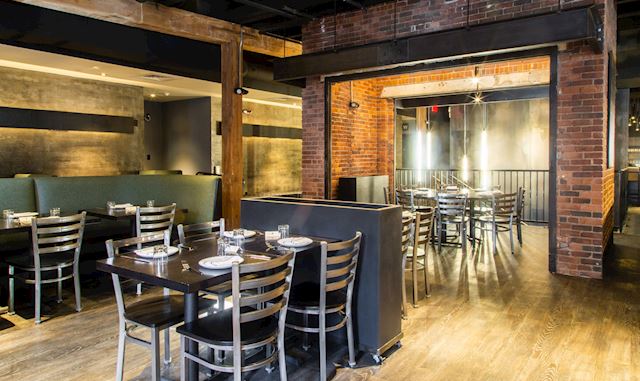 Get Your Brew With A View

What began as a Fort Point hole-in-the-wall now has decidedly more elbow room (16,000 square feet of elbow room, to be precise) – and a glamorous rooftop. Trillium Brewing Company, a Boston craft brewer that has attained a national cult following of beer lovers, has been the culprit of lines of people waiting to fill a growler running down the block from its original neighborhood digs. The company just opened a restaurant and brewery at 50 Thomson Place, giving fans and visitors a long-desired venue to sit down and enjoy a pint and even look out on the Seaport.

Trillium's expansion since its 2013 debut includes a summer beer garden on the Rose Kennedy Greenway and even a farm expected to open to the public in the near future. The new Seaport outpost brings the company back to its roots. Executive Chef Michael Morway has a full food menu at the restaurant, which is on the second level. New England cuisine is the focus, so expect to pair your Fort Point Pale Ale with Island Creek oysters and a lobster roll.

The first floor includes a 23-seat bar and high-tops to give guests an authentic taproom experience to try out some product from one of the several thousand barrels of capacity at the new Seaport digs. A retail component also lets you buy beers to bring back to the hotel. Roofdeck-craving Bostonians are also in luck: the third floor features a seasonal rooftop. Sigh, is it summer yet?